What’s the Difference Between Medicaid and Medicare? 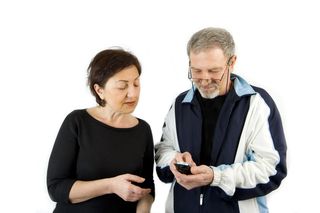 “Learn the basics of the government health programs that insure millions of Americans.”

A big difference between Medicaid and Medicare is that Medicare beneficiaries are usually seniors, and Medicaid beneficiaries are people in low to moderate income households, says U.S. News & World Report in the article “Medicare vs. Medicaid.” People who aren’t eligible for employer-based insurance or who don't earn enough to buy an individual policy, may be eligible for coverage through one of these two government programs.

Medicare beneficiaries are primarily seniors. Everyone who has paid into the Medicare system becomes eligible for Medicare, when they reach age 65. Medicare isn’t based on income. Those who’ve received Social Security disability benefits for two years or who have certain conditions, like ALS (Lou Gehrig’s Disease), are also eligible. Medicare is operated by the federal government, and expenses are paid from Medicare trust funds. Original Medicare includes Part A, which pays for expenses related to hospitalizations, and Part B, which covers outpatient care. Beneficiaries can also buy a separate Part D plan for prescription drugs. There may be deductible and copayment costs associated with these plans.

Those who’d rather get benefits from a private insurer, instead of from the government can sign up for Medicare Advantage, or Part C. These plans are required to cover everything provided by Medicare Parts A and B, and many also provide Part D coverage and dental or vision care benefits. Medicare Advantage plans vary in their deductibles and out-of-pocket costs and can restrict participants to the use of a network of approved providers.

Medicaid is the government health insurance program for those in low to moderate income households. People may also be eligible if they have physical, intellectual or behavioral disabilities. The income and asset limits vary by state, but 138% of the federal poverty limit is the median eligibility requirement for adults. Applicants can usually have no more than $2,000 in liquid assets. Medicaid coverage includes hospitalizations, outpatient care and prescription drugs, as well as long-term care. Many enrollees have little or no out-of-pocket costs for coverage.

To be eligible for Medicaid, seniors must spend down most of their assets, as well as meet income requirements. Most states have a five-year look-back period that prevents seniors from transferring assets to another family member to meet Medicaid eligibility.

Medicare and Medicaid pay for many of the basic services, but there may be gaps in coverage, such as dental services or prescriptions. One can close the gap in dental care, by coupling their Medicare or Medicaid coverage with an affordable alternative to dental insurance, such as a dental savings plan, which can save members between 10 to 60% on procedures. For prescriptions, free discount services can reduce drug costs by half or more.

Working through Medicare and Medicaid can be confusing. An elder law attorney can be a great resource.

This is only a preview. Your comment has not yet been posted.

The letters and numbers you entered did not match the image. Please try again.

As a final step before posting your comment, enter the letters and numbers you see in the image below. This prevents automated programs from posting comments.

Having trouble reading this image? View an alternate.

Comments are moderated, and will not appear until the author has approved them.

(Name and email address are required. Email address will not be displayed with the comment.)